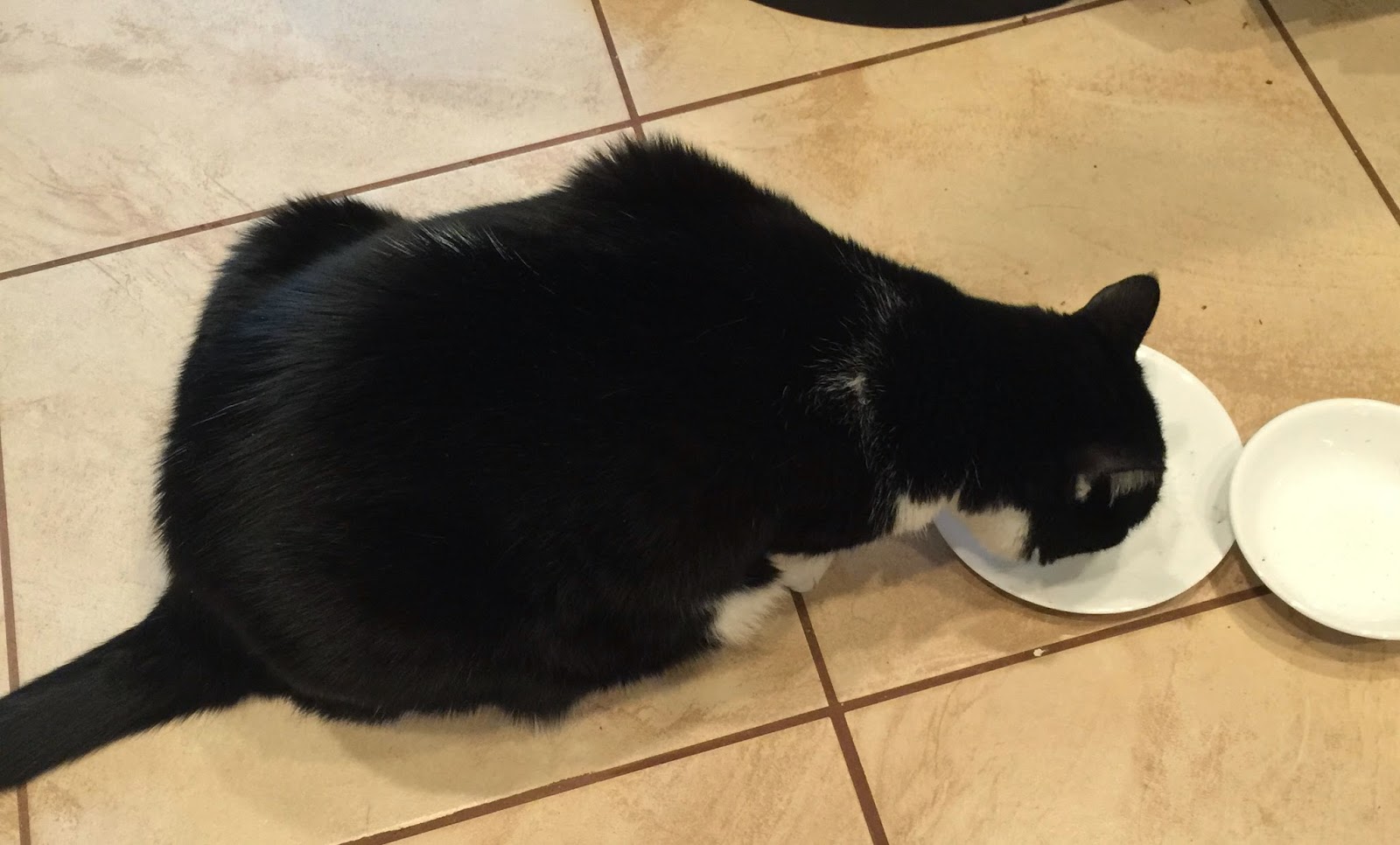 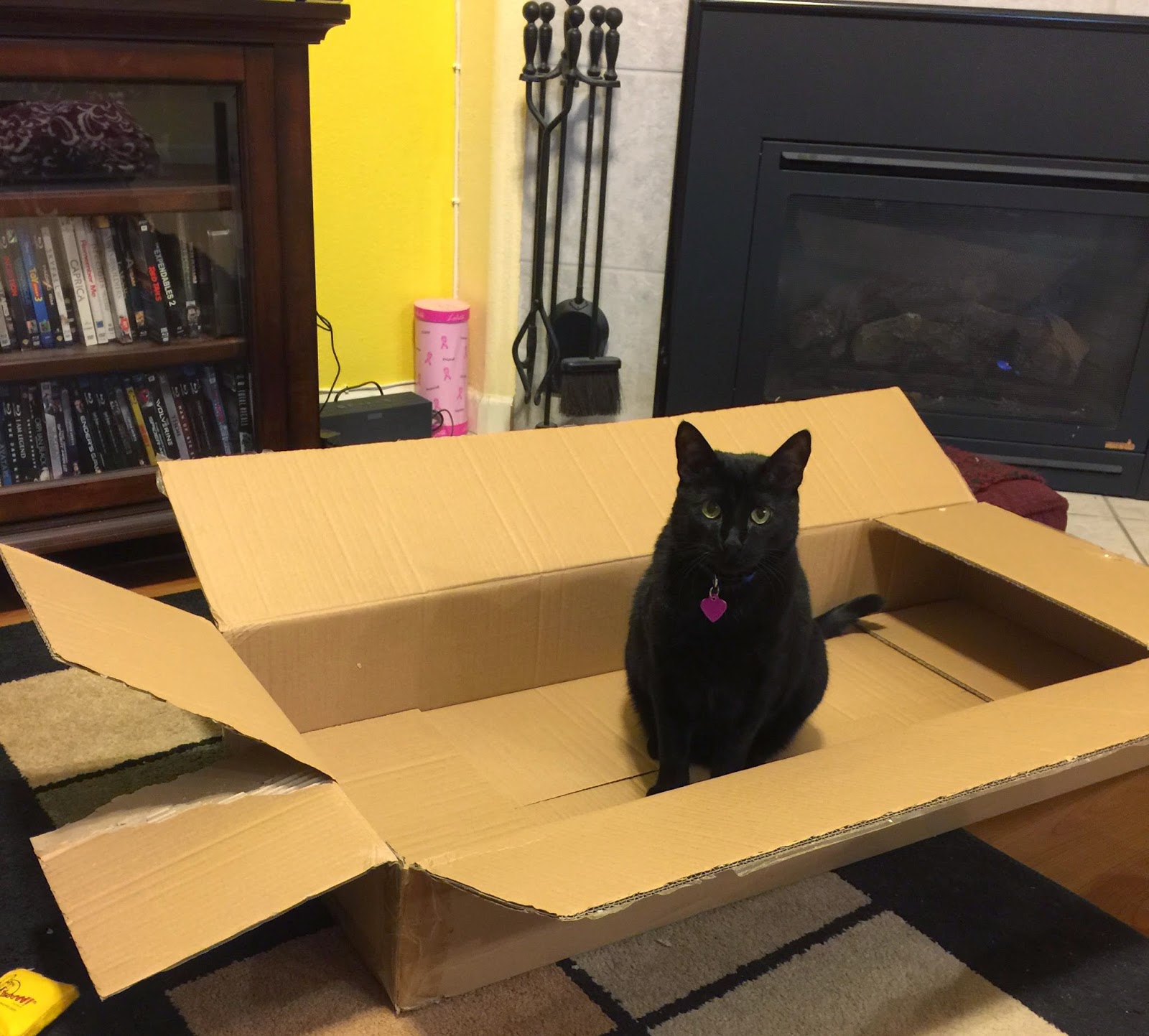 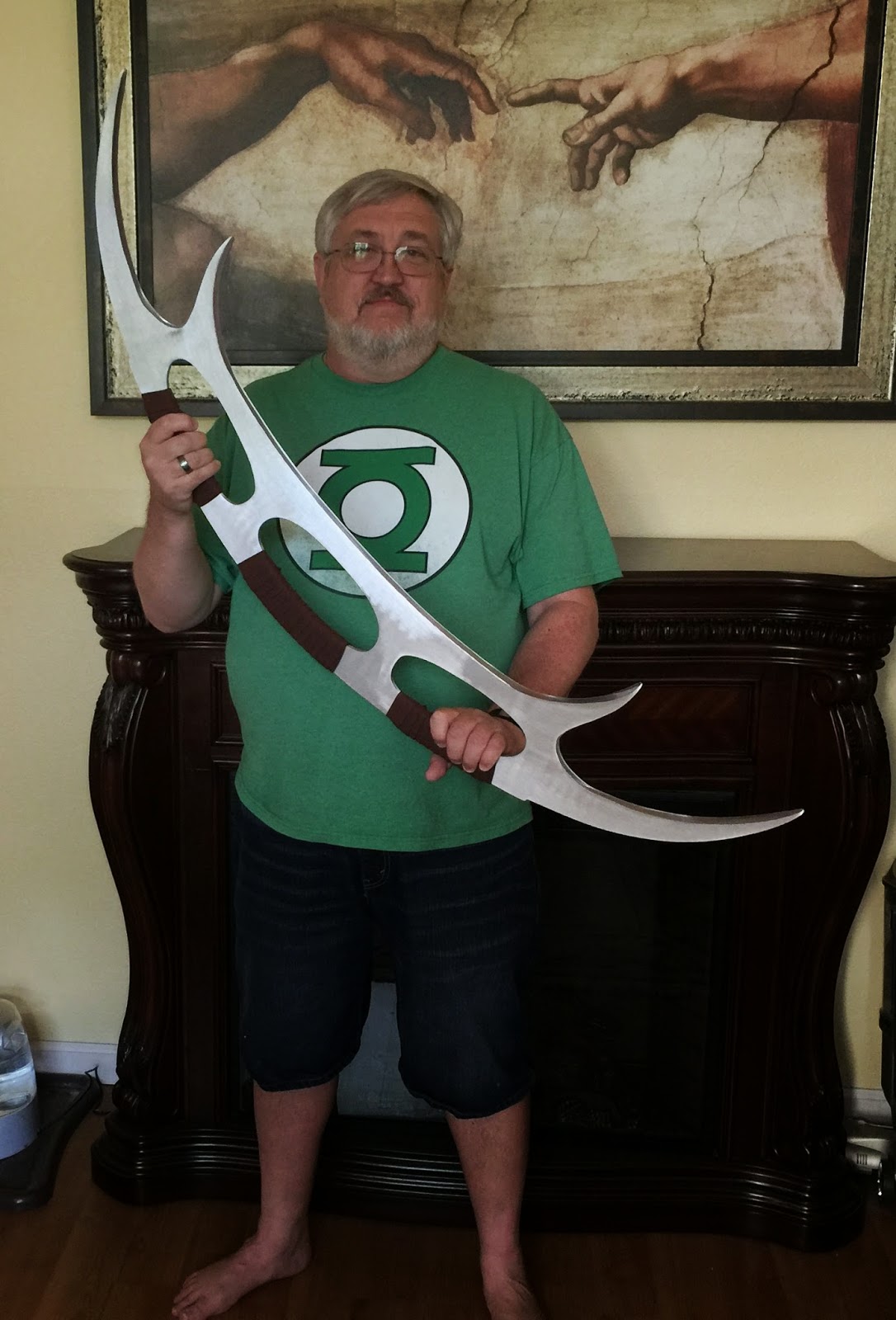 This is sad, but a family needs help.

Doods. A couple of nights ago we sat here watching TV and playing online, and heard a soft pop-pop-pop off in the distance. Well, about 8 pops, and the Woman surmised it was either idiots with firecrackers or someone shot a gun. Just a few minutes later people were on a Facebook page where info from around our town is shared, and they already knew what it was: a teenager was shot while just hanging out in the park.

This is a pretty small town. When the Woman walks around it, she can only go about 5 miles from the front door, loop around the entire place, and back. It's the kind of place where you don't necessarily know everyone, but you've seen most of them. The Woman didn't know this kid, but she's seen him around. She doesn't really know anything about him or his family, but she didn't remember him because he acted out of turn when she saw him. He was just a kid, being a kid.

He was just a boy in the park, hanging with his friends.

Now he's gone and his family has to pick up the pieces. Two kids' lives are ruined. Two families ripped apart. The friends who saw it happen will never be the same. The Woman said on FB that the one ripple in the pond is going to become a giant tsunami in their lives, and the first wave is that this boy's family needs money to bury their son.

The Woman gets leaky eyed at the thought: what if it was The Younger Human? How would life go on? How would it even be possible to get from morning to night time and then have trying to scrape up enough money to give him a proper final place to rest piled on top of that?

I've asked you guys for donations for stuff in the past, and there's almost always a fun bent to them: the Woman walking for something and dying her hair and wearing goofy clothes, the Younger Human jumping water while wearing a dress, and there are prizes and things to point at and laugh about.

This time I'm asking without offering anything other than my deepest, most sincere thanks. There's nothing to laugh about. No one to point at. Nothing I can give. Just my thanks.

If you can help at all, please go to the Go Fund Me page for Charlie Moore, Jr., and donate. Any amount will help. 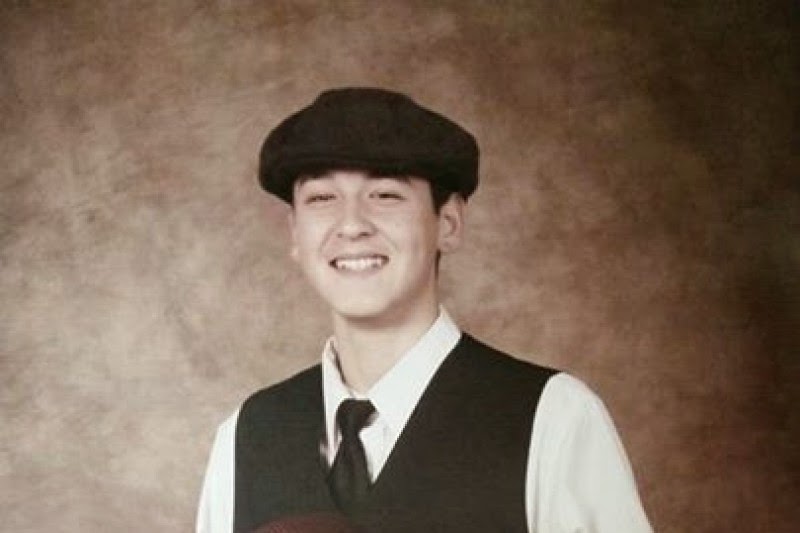 Last night they started out asking for $3000 until it was pretty clear that was nowhere near enough. The goal now of $12,000, and the fund is, as I write this, a bit shy of half. I'm pretty sure they'll need even more than that, because things are always more expensive than the quotes. But just to get them to goal, that would warm my fuzzy heart a bit, and maybe the Woman would leak a little less. 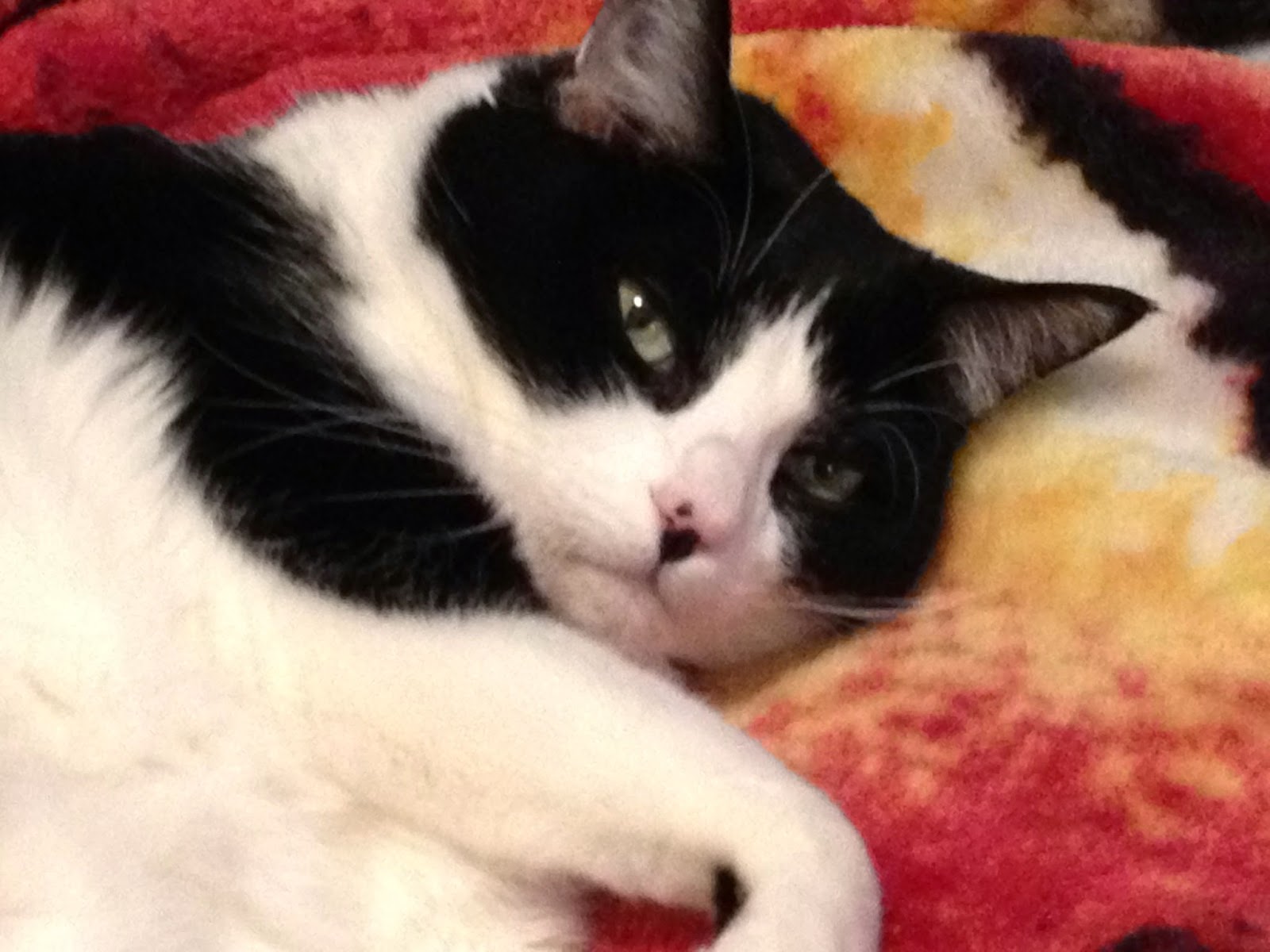 I was very, very nice to the Woman and didn't wake her at all until 7:15 this morning. I also did not tell her that the Man was home and already fed me, but she kinda figured that out when I breathed into her face and she could smell the stinky goodness. Did she appreciate the fact that I didn't wake her at 3:30 or 4:30 or 5:30? Or that I woke her before she wet the bed, because she obviously had to go as evidenced by her getting up and going into the giant litterbox room? No. Not one iota of thanks. Well, she gave me a couple head skritches but that was it. Sheesh.

I've been writing a lot of poetry lately, because sometimes my thinks are just farking poetic and should be shared with the world some day, and I'm really tempted to write an epic one about her not appreciating me as much as she should. I'll title it Well, Yeah My Breath Stinks, But So Do You.

In other news, there's a Doctor Who marathon on today, so I can be pretty sure she won't go anywhere, which means she'll have a ham sandwich for lunch, which means I get Doctor Who all day AND ham!

Oh! And in other other news, not even on Facebook, my day was capped off with STEAK! I got ham, for lunch, Doctor Who all day, and STEAK!

Ok. So yesterday the People fed us dinner 2 hours early and then left to go eat meaty things with the Younger Human. And that was all right, because it was his birthday. It was not all right when they didn't get home until late night snack time, because I had dinner early and was 2 hours hungrier.

Then the Man stayed up really late, as he does once a week, and because the Woman had had several stupid drinks with her dinner, he fed us at 4 this morning, and then asked that we not wake her up at 5 like I have been lately. I agreed, this sounded reasonable.

Where Have I Been This Time?

I know, I know; I'm a bad blogger. Most days there's just not a lot to write about, because I spend a good part of my days doing the same things: bug the Woman for food, nap, bug the Woman to help me write, bug her for food, nap, poop, repeat. It just seems like every time I sit down to blog I'm repeating things I'v said a dozen times, so I go eat something and take another nap.

But yesterday I did something totally out of the realm of normal. I've been telling Weezer for about 2 years now that I would take her out for a date on the second Tuesday of next week, and even though yesterday was the first Tuesday, I decided what the hell. She was never going to stop pestering me, so I took her out to enjoy a movie and some popcorn, and then dinner after.

And guys. She's really special. She didn't bug the crap out of me during the movie and even offered to pick up the tab at dinner, she told a lot of funny jokes, and she thinks Buddah is a sandwich and a half away from a full picnic, too.

There is no letting a girl like that get away. So I borrowed the Woman's topless car and we drove 3 hours to Nevada, where I paid an Elvis impersonating minister to officiate at our wedding.

We haven't worked out the living arrangements yet, but I'm pretty sure she's going to come here since I really don't like going outside.