The People have a couple of Dammit Machines set up in the library. Some day I expect they'll morph into Coat Racks, but for now they're Dammit Machines. 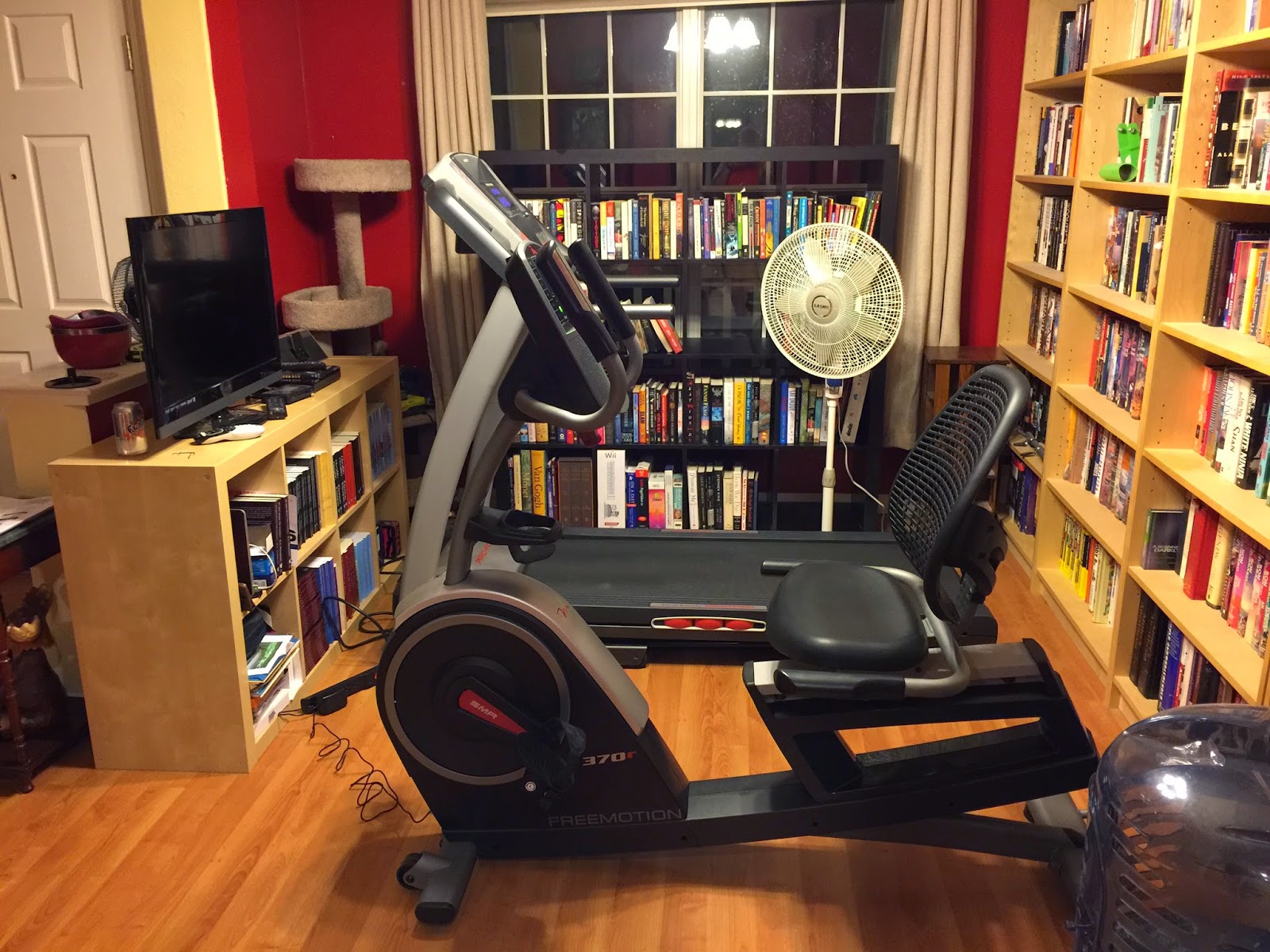 Now, they've had the one closest to the window for a long time; the Woman uses it when she's practicing her walking for Boobie things and doesn't feel like practicing outside. That's not often, but she does use it once in a while, especially if it's really cold or raining.

The Dammit Machine closest, that's new. The Man got it for her right after Christmas, because she thought she would enjoy pedaling to nowhere and playing on Facebook while she did it.

Now, last year she went on a bike ride outside on her real bike, and barely made it home before she passed out, so I felt obligated to snoopervise her today while she sat on it and surfed Facebook. I mean, if I didn't, who would be there to mock her in her misery if she did faceplant right off it?

I'm not stupid, though. I watched her feet going around and around, and while I needed to be there for her, I didn't want to get hurt by a giant foot slamming into my head. 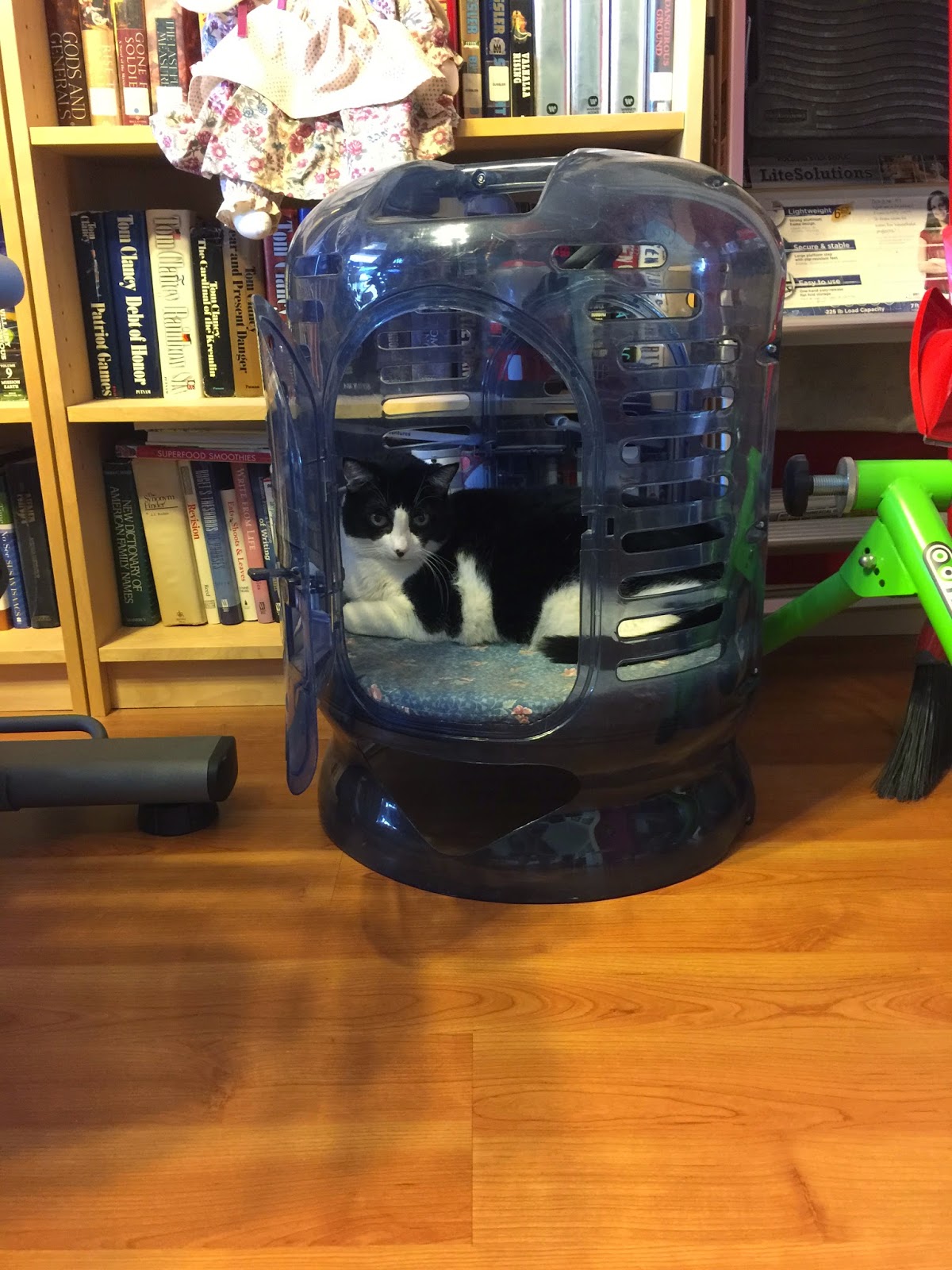 So I pawed at the blue plastic tomb, which lives right next to her fake bike, and she reached down to open the door for me. EVen though I was erfectly safe in there, it was still kind of noisy what with her pedaling and the fan blowing on her and the TV going, so I kept talking to her.

Nothing. I was blabbing about nothing. I was just saying dammit over and over, because...dammit, that was a lot of noise.

She was only on it for half an hour this time because she said her feet and butt went numb, but supposedly she's going to get back on it later, because, and I quote, It beats the hell out of housework.

That's how lazy she is, doods. She will get on a Dammit Machine and sweat rather than get off her asterisk and clean anything.

I better go take a nap, so that I'm ready to snoopervise again later.

The People went to Disneyland...

...and what did they bring back for me? 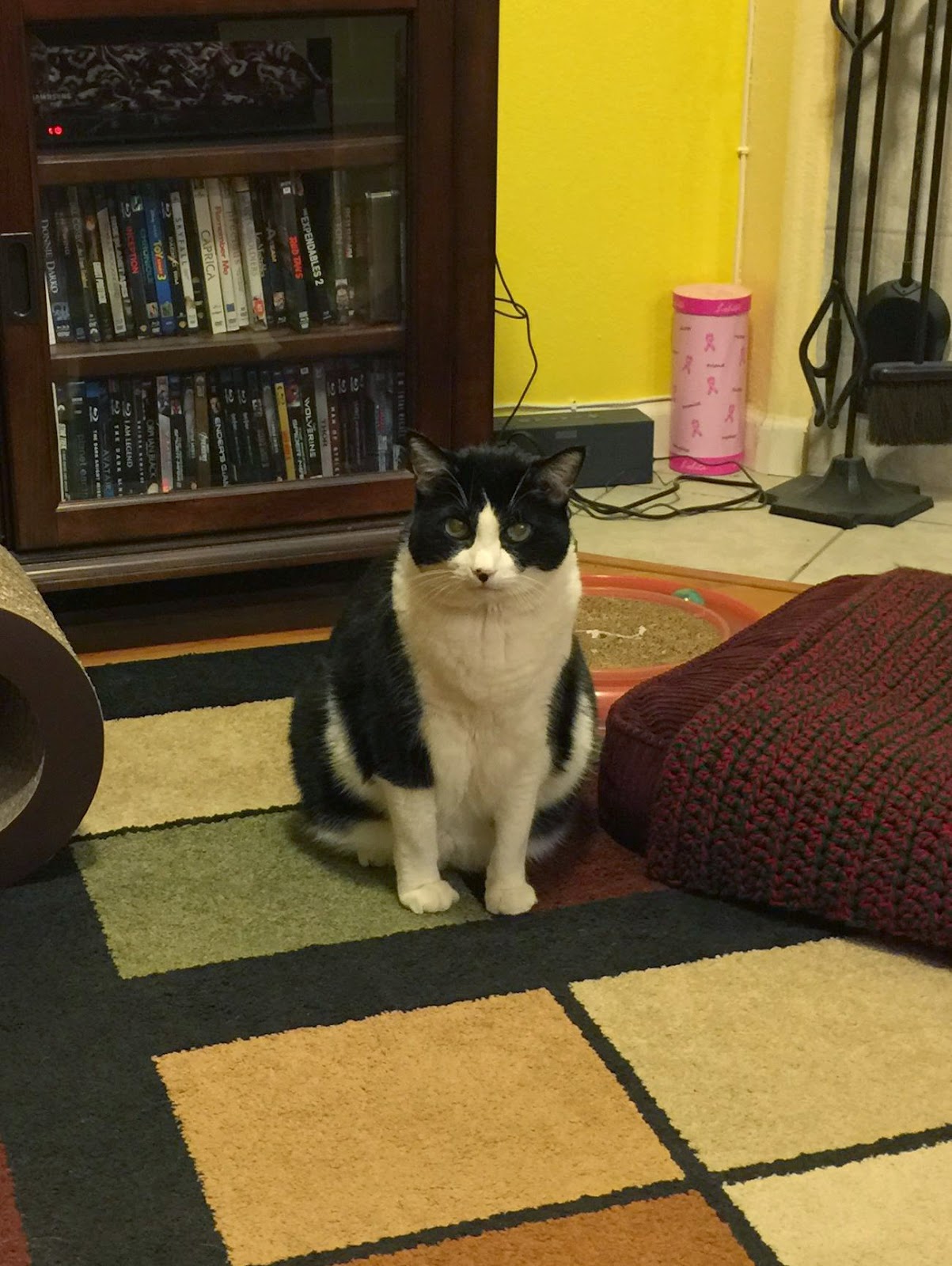 NOTHING, that's what they brought back for me. I expected some real live fresh dead mouse or duck or even Goofy, but no. Not a freaking thing.

In fact, when they came home with so much nothing for me, I had to give them a good hard stare.

Oh, the Woman said they had a lot of fun once they got to go into the parks and they rode all the rides they wanted and walked a bunch of miles every day, but she didn't eat all the food she wanted because she can't eat a big meal and then walk around, but that was fine. She had a couple of good dinners. 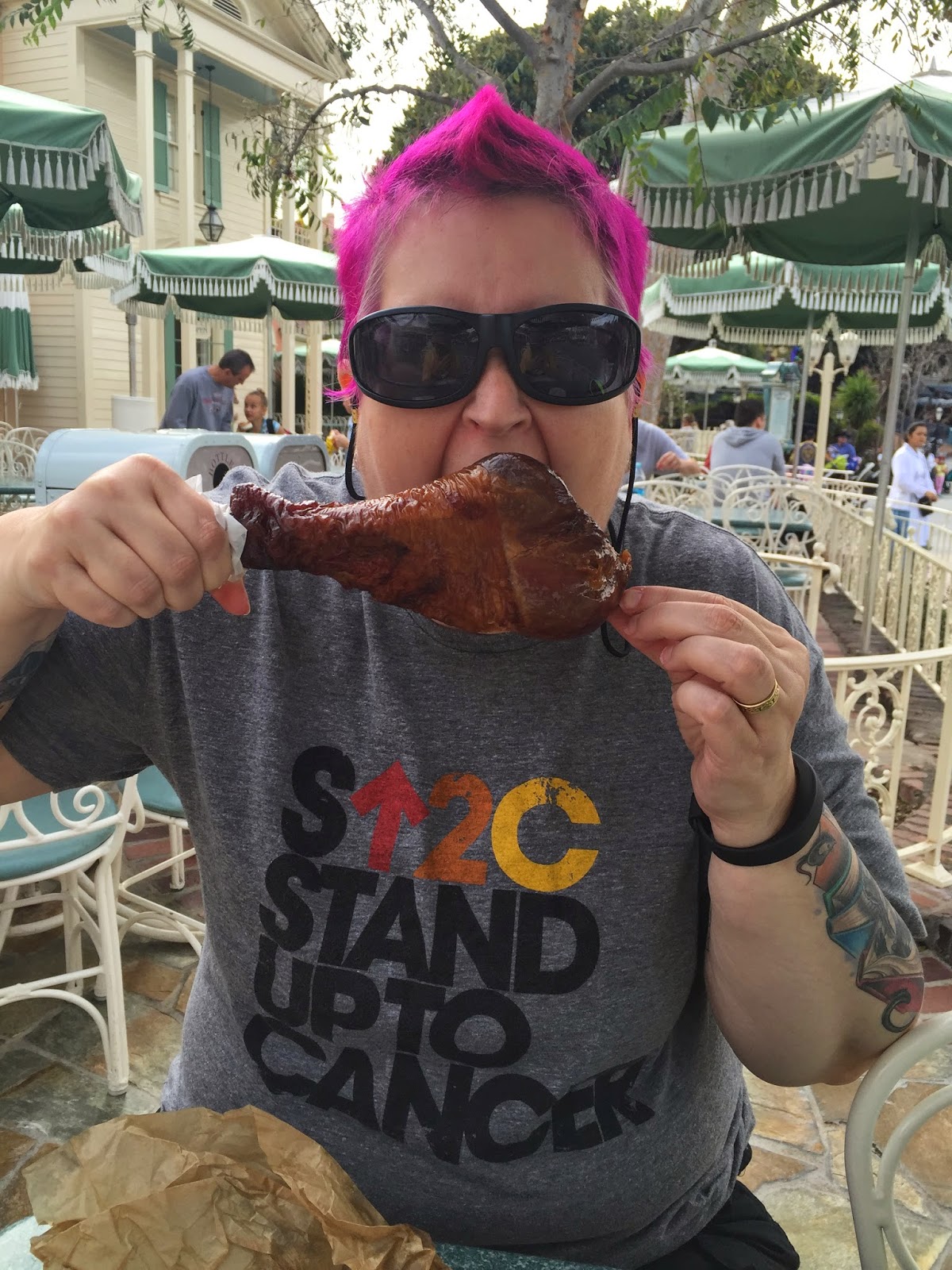 That doesn't do ME any good.

Now see that? That came off a damned big bird. I bet she could have gotten one for me, wrapped it in paper and stuck it in a plastic bag, and then brought it home for me. But she didn't even THINK about doing that.

No, she just went about her business, not considering the kitties left at home, drinking her red stupid drinks (even if they were blue) and riding her rides and talking to new people.

I wasn't expecting much.

Just, you know, something to show she was thinking about me while she was off having fun.

Since I don't have any surprise gifts to show you, here's a kitty you don't want to mess wth,

...and it'll be a bit more. The Woman and the Man are going somewhere tomorrow morning for a few days, and while I'll have the Grandma, I won't have computer access.

I have not pooped since last year.