Ok, apparently Blogger, now that they've forced the switch to their new platform, seems to want titles for posts. Oh, you can write one without it, but then later when you get a notification that someone has left a comment on an old post and it needs approval, you can't figure out which freaking post it is if it doesn't have a title. So...titles.

But! Today, I realized the Woman might finally be learning to understand me a little. I followed her into the giant litter box room, and she sighed heavy and said, "This is gross," and well, she's kinda right so I said, "Yep."

Doods, she turned around and said, " Ya know, I don't need commentary from the peanut gallery. I'll clean it when I clean it."

Ha. I'm pretty sure she didn't hear "Meow" but heard me agree with her.

It's really hard to watch this and not want to beat the bejeebers out of the computer screen, trying to catch that jumping thingy.

And ya know, if you try to catch it on a person's giant 27" work computer, they get really, really upset...

Oh yeah, she's been sitting at the work computer. Real work is being done on my book! A lot of the time, though, we work and work and work and work, and then she goes back over the hours of writing and says, "That's just not quite IT, Mister Max."

Doods. She totally calls me Mister Max. I think it's because she finally understands that I am the boss.

Anyway, we write and then rewrite, and sometimes she grabs the little computer and goes off on her rumbly bike to sit in McDonald's so she can think and take some notes.

Today was kind of fun, because today? WE WROTE ABOUT FOOD.

I kinda forgot about when I first got to try Stinky Goodness, but man, when she reminded me, it made me want some, so I asked her every 5 minutes of it was dinner time yet. She got pretty annoyed, but I won when she caved in about 4 hours later. 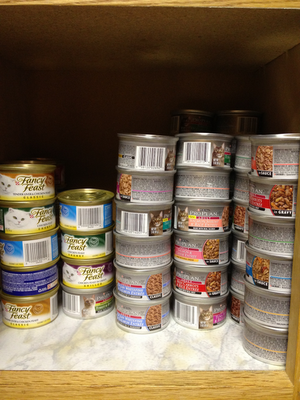 I was starting to get worried. I mean, we were down to like only 6 or 7 cans, and that's just not enough to have in reserve, ya know?

But today the people went out, and when they came back they had a bunch of canned food for us, and a couple bags if chicken wings for them, which I am assuming they will share with me. As long as I don't beg while they eat, I should get a tiny bite. That's the rule, and if they break the rule, then I get to toothy death something.

How come they never show this on HGTV?

OK, so yesterday the Woman spent her day drinking like a fish, and she didn’t enjoy it one bit. She made faces I’ve never seen before (but wish I had taken pictures of) and even though what she was drinking obviously sucked toad stools, she kept drinking it. She even got the Man to stick the jug of the stuff into a cooler, and she took it into the giant litter box room so that she could cut down on the number of steps she needed to get to it.

Doods, let me tell you…it was not pleasant. She was drinking and drinking, and then some really nasty things began to happen in the giant litter box room, an unpleasantness that reminded me a lot of when she was super-sick this summer. She seemed all right, but she would drink, lay down in bed, get up and run for the litter box room, then drink some more…so I thought she might not feel terrific, so I was duty bound to crawl on top of her every time she got back into bed to purr on her.

Oh, she said she was fine and was just watching TV while she “went through the prep” but I wasn’t taking any chances. Because if she gets sick again, my breakfast and dinner times get all screwed up, and we can’t have that. So I kept doing it, even though a couple of times she sat up and bolted so fast that I kind learned what it feels like to fly.

Then today she slept in and I was thinking oh no, she really is sick, but after she got up she washed her hair and actually put deodorant on, and the Man took her out of the house. And it clicked.

Today she was letting the stabby guy shove a hose up her asterisk.

Doods? Worse yet, she didn’t seem to mind the idea. It was like, “Ok, cool, some guy I’ve never met before is gonna look at my butt, and then jam that sucker up there, and we’ll all have a good time.”

Seriously. I should worry about my people, I think.

Now, I expected her to be leaking today, but she got home a few hours later and didn’t seem fazed by the whole thing at all, but she did want to take a nap. I thought about going in there and purring on her again, but hell, she really wasn’t sick, and letting someone shove a hose up your asterisk ON PURPOSE doesn’t warrant my purring efforts.

Apparently the Man is going to get the same thing done sometime soonish. I don’t know why he didn’t do it today, too, but I guess that’s not something people want to bond over. 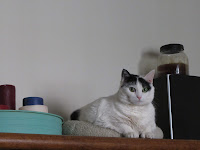 Doods... Squashie from TK and Squashie needs a blood transfusion and needs to pretty quick. Please pop on over there for the details. There might be something you can do.
Posted by Max at 9/16/2012 02:59:00 PM 7 comments: 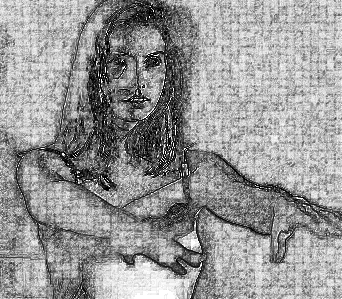 
Ok, so the Woman was gone from Thursday morning to Sunday night, doing pink things in San Francisco with Diva Kitty’s Mom. Apparently, I was supposed to miss her or something…I heard her open the front door on Sunday and I heard her talk to Buddah, but I was nice and comfortable on top of my tower in her office, and I knew she was going to be here all night, so I didn’t see any point in getting all uncomfortable just to go make sure it was really her coming into the house. Buddah did enough sucking up for the both of us.

She came down the hall and flipped on the bathroom light, which shined onto me in the office. I did lift my head to look at her, and she muttered “Well hello to you, too, you little shit.”

She’ll get over it.

I did come out later (because I was pretty sure there would be crunchy treats coming my way if I did) and I sat in the chair next to hers for a while. She said she had about 652 kinds of fun and now she wants a giant van because it was wicked cool and easy to drive, and I have no idea what the heck that means, but hey, whatever floats her boat.

I think she’s done with official pink things for this year, but she’s gonna do an unofficial walk later, 40 miles in San Francisco to make up for missing the Avon Walk in July. She says she wants to do it because people donated a lot of money and she couldn’t walk, but she needs to do it because…well, she just said she needs to, but I think she needs to because she’s a little freak and likes to torture herself. She just needs to get through some stabby guy thing next week that requires her to drink a gallon of gross stuff that will make her test the quality of the people-litter-box on one day and then she has to let the stabby guy shove a hose up her asterisk. But after that, she’ll train for a little bit and then go for that walk.

Not on the same day, I don’t think.

I hope not anyway. She might be leaking after that hose, and no one wants to walk behind that.

Things are happening here. Pink things. Pink things that I really haven't been expecting because, well, the Woman has not been especially well lately and she missed the whole boobie walk thing a couple months ago and I thought that was it for the year. 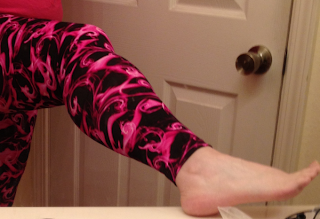 But then yesterday she got these in the mail (she wants to know who sent them. She called them a smartass but she sure did go into the bathroom quick to try them on) and took a picture, which made me wonder.

And today there has been packing. She inflated her boobie walk mattress and then deflated it, and she shoved a sleeping bag and clothes (including 3 pairs of funky tights. Oh, she loves them, even if she won't admit it) into a suitcase.

Then came the collecting together of things that have been showing up over the last few weeks. Pins that have her pink ribbon feet tattoo on them. Big magnetic signs that have the same feet on them. A giant (no kidding, Dolly Parton could fit in this thing 4 times at least) bra.

And then it hit me.

She and Diva Kitty's Mom are spending the weekend in a van, where they will yell out the window at boobie walkers (I'm guessing "WALK FASTER!") and once in a while they're gonna stop to give some lucky walker a ride. If I know the Woman, she'll taunt the people she leaves behind with something like SO LONG SUCKA!

Now, I should be glad she's going to be out there doing pink things for pink people, but doods, this is going to seriously interrupt my life for four whole days. The Man sleeps all day, so I won't have anyone to ignore. After breakfast, I won't have that giant lump in the bed to curl on top of. I don't like this, not one bit.