Where the heck does that saying come from, anyway? Teeth don't have skin. I mean, some of you need a good dental cleaning but no one that I'm aware of has actual skin on their teeth. If you do? Ew.

Anyway, I just made it. Another day and it would have been a month since I posted, and I said I wasn't gonna do that chit anymore. I was going to post more often. So what the heck happened?

Well, stuff happened, I guess. the biggest thing being that the Younger Human finally trapped the girl and dragged her off (kicking and screaming, I'm sure) to marry him.

Okay, fine. No one kicked and no one screamed. As I understand it (because I was not invited, but don't be upset on my behalf. That damned Dog Butters and his sister Lady weren't invited, either, and they LIVE with him. A bunch of people weren't invited, because it wasn't a big wedding and pretty much just people who were close here went) the whole thing was rather lovely and the place where they held it was almost as beautiful as the bride, and everyone was 67 kinds of happy.

Because they're people, and people don't round up as often as they should.

So now the Younger Human has a wife! I'm glad I lived long enough to see it happen.

This also happened, a new cover for paperback of The Emperor of San Francisco: 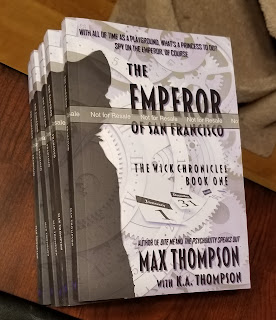 Now, these are proof copies, and the final cover was tweaked a little bit more (the title got bigger and the series line is a little different) and we're not sure how we wound up with five when it should have been one...so here's your chance. If you haven't read any of the books and want to jump in from the start, you can snag--for free--one of these. You'll be the only 5 people in the world with this exact cover. All you have to do is comment here that you want one, and then email the Woman at kathompson@gmail.com with your name and mailing address...make the sure the subject line in the email says I WANT A PROOF COPY so she's sure to see it.

They'll be sent via USPS media mail, which is basically on the slow boat.

If you already have a copy, please leave this for people who haven't got one yet. And if you'd rather have one with the final cover, it's up on Amazon. 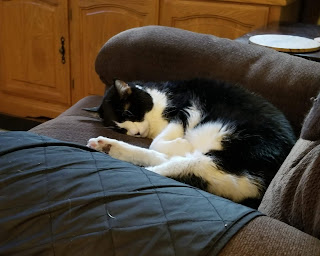 Oh, the other thing that kept me from blogging. THERE'S A DOCTOR WHO MARATHON ON RIGHT NOW! It's been on all week, and I've been sitting in the living room watching it.

Okay, I took a few naps because I'm old and naps happen, but I've watched A LOT of Who this week. And I will be all week. You know why?

NEXT WEEK THE NEW SEASON OF WHO STARTS, STARRING MY FUTURE WIFE THE DOCTOR!

Guys, I honestly wasn't sure I'd be around to see this season, but I am and it's gonna be AWESOME. If something happens to me between now and next Sunday I'm gonna be so pissed. So no one gets to cough on me or lick me or sneeze near me. 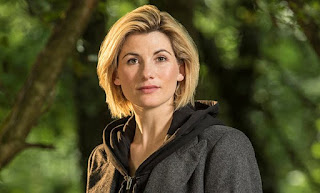