I dunno what the big deal is... 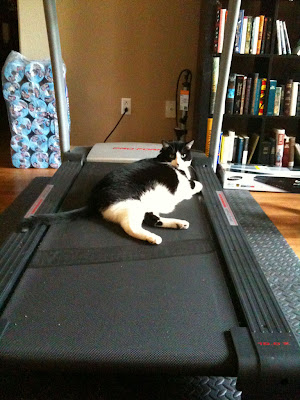 The people always whine about how hard getting on the treadmill is and how much they sweat and why does it have to hurt so much? Well, I was on it for like an hour and it wasn't hard at all. Actually, it was kind of comfy. I may go back and get on it again, so that I'll be all buff by Christmas...
Posted by Max at 11/26/2011 10:25:00 AM 19 comments:

Ok, it's National Christmas Shopping Day (seriously, people, look at that picture...WTF is wrong with you???) but is the Woman getting up and going out to go buy stuff for me? NO. She's just sitting here playing on Facebook and Jigzone while HGTV drones on in the background. I don't even want her to go out and buy me presents, just STUFF. You know, APPRECIATE MAX toys. I need a new nip banana. She could at least go get me one while it might be on sale.

Not for Christmas. For now. I need it NOW. I don't want anything from the Man and the Woman for Christmas again; like last year I think the money they would spend on toys for me would be better spent on food and stuff for the shelter kitties. And I saved up all my royalties from The Rules so that I could kick in some money, too, and it looks like we'll be able to load the back of the peoples' HHR with stuff. But I think the Woman is going to check to see what they need the most before she goes shopping for that stuff. They might need money more than anything, so if that's the case then the people can buy some toys and stuff and I'll just write 'em a check. 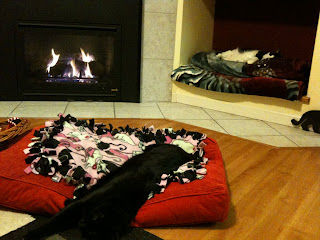 like getting new stuff, really I do, but I don't need anything more than a new nip banana. And all I really want, I want it RIGHT NOW. I want Kimo to find his way back home and I want my friends' peoples who need jobs to get them today. That's it.

Oh, and the People went to Denny's for Thanksgiving but NO they did NOT bring me any turkey. Denny must be getting cheap with his servings or something, or maybe he really doesn't like me anymore. But the Man gave me some real live fresh dead shrimps, and then later the Woman opened TWO cans of turkey stinky goodness, on just turkey and the other was turkey and rice, so we got to eat a lot even without Denny's help. And after we ate, we took naps near the fireplace thingy.

I'm pretty sure there's more shrimps in the fridge, too, so I have high hopes that I'll get some more today.

This kitty is happy because there's turkey!

Man, the days just aren't getting any better, doods. Kimo still isn't home, and to top things off, Herman's little sister, Emma, went to the Bridge. She was a real sweetie and I am really glad that she had a nice Forever Home with Herman and Karen Jo, but I know they're gonna miss her tons.

But, I needed something to make me snicker a little, and I wanted to share it with you guys.

Man...this is turning out to be a sucky Friday. Kimo is still not home, so his people need lots of Mojo and concentrated GET YOUR BUTT HOME KIMO vibes. 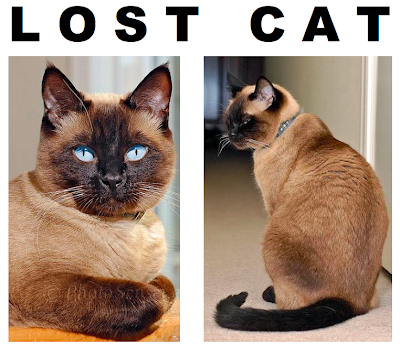 And Ginger's sister Quest went to the Bridge today.

She'd had a rough last few months and she's got ShyGurl waiting for her at the Bridge, along with all our other friends who are already there, but still...

All right, doods, we need to harness the power of the CB. Our bud Kimo got out and has been gone all night long, and his people are super worried, and I'm feeling all OH NO with tummy flutters. So start up your Mojo engines and start willing him to get home NOW, and get home safe. 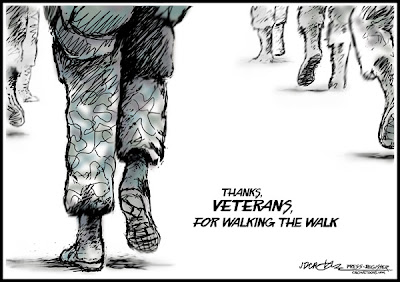 Doods, I know I am a lucky kitty. I live in a country where men and women volunteer to protect our freedoms, where they--to quote a meme going around--write a blank check to Uncle Sam, and cashing it in means losing their lives, all so the rest of us are protected and free.

You know, there are some places where I wouldn't have much of a chance at a forever home where I get cans of stinky goodness twice a day and crunchy food and treats more often than I should. Where there's a fireplace thingy turned on pretty much any time the people even think I'm cold. Where staying inside all day and sleeping is my right as a cat.

I know I could be living somewhere that I might be dinner for someone else. Or stuck outside in the cold. Or hunting bugs and stuff to feed myself.

Because I was born in the USA, I enjoy the kind of life I have because of men and women who have been willing to offer up the blank check of their lives.

I don't take this lightly, you know.

The Man is a veteran. He didn't go off and fight in a war, but he served in the US Air Force for 20 years and was there in case other men and women needed to be patched up. He could have gone into a war zone, and he accepted it as part of the deal he signed up for.

The Man's Dad served for 20 years, and he did serve during a war. He went to Vietnam. It wasn't easy, that's for sure.

The Woman's Dad was in the Navy during TWO wars. Can you imagine twice? He didn't stay in long enough to retire, but he he stayed as long as he was needed.

I don't know where I would be without them.

I don't know where any of us would be without people like them. So if you know a veteran, today you need to suck it up and give them head butts and purrs, and if you can figure out how, pop off a salute. Because without them?

Dear Cynthia Markey, please stop using my email address to sign up for crap at political websites. I don't want to know anything about Al Franken or Minnesota farm politics. I realize this was all likely just from a typo--hell, the Woman has like 5 people using her email address because they can't seem to remember their email address isn't exactly what they wanted it to be--but I'm begging you to think before you sign up for stuff.

My poor email has taken too much abuse lately. It wants to stop bending over and taking it, because the e-lube has worn off.

Man, some people are sucky. If you tried to come to my blog this morning, you probably got a "This blog does not exist" message...because Google suspended my account. I couldn't get into the blog or my email or Google Reader, and it was all because someone from Poland used my email to mass spam the world.

Luckily, it was easy to fix because they could tell it was hacked and not that I was a spam blog, but still... my email is cluttered with bounced spam attempts and I have to pick through and weed out the crap from the real mail. So if you emailed me lately, I haven't gotten it and might not, because that box is freaking full.

I would have gotten the email sorted out earlier, but the people had to go to some stabby guy who looks deep into their eyes and says, "Holy frak, you're old. You need special glasses!" and then he does stabby stuff and makes their eyes all wonky, so the Woman couldn't see to help me.

Oh, and I don't think I'm gonna get enough access to the computer to do NaNoWriMo. The Woman had an idea for something else, and since I didn't have an idea and couldn't really figure out how to stretch anyone else's to book length, I have to wait. But her book might be good, so it's not a total loss.
Posted by Max at 11/09/2011 08:34:00 PM 12 comments: 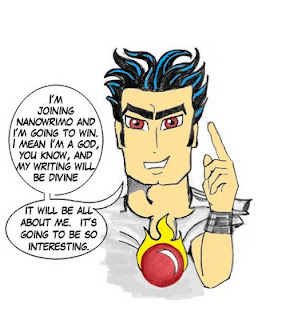 I totally want to write a book for NaNoWriMo this year, but the Woman is not cooperating!

She says she would let me BUT I apparently have to have an IDEA before I can hog the computer for hours every day.

So help me out.

What should the next Psychokitty book be about? 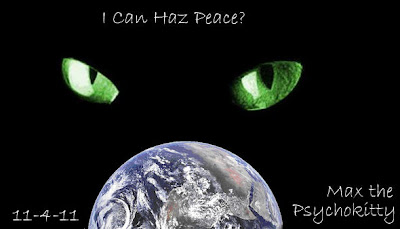 Here's a far less upsetting GIF to make up for the brat below...