OK, so I'm not a Buddah fan, we all know that. But he totally gets props for getting the Woman out of bed this morning.

I mean, she deserved to be gotten up early. She got up like 90 minutes before breakfast time and went into the giant litter box room, which just got us both all "Hey! We get to eat early!" but then she went back to bed, which was just a total food tease and not very nice.

So he waited until she was back in bed and comfy, and then he went into the giant litter box room and started banging the cabinet doors. And that's really loud, all BANG BANG BANG and impossible for a people to ignore.

She she got up and chased him out and closed the door, and then tried to go back to bed, but he jumped up on the table by the bed and started talking to her. Over and over, "Get up get up get up..." until she finally said some things on the bad word list and got up.

I have to admit, I was skeptical because sometimes when she gets up early she sits down and reads email and Facebook and stuff and we still have to wait to eat, but just to shut him up she went ahead and opened cans! 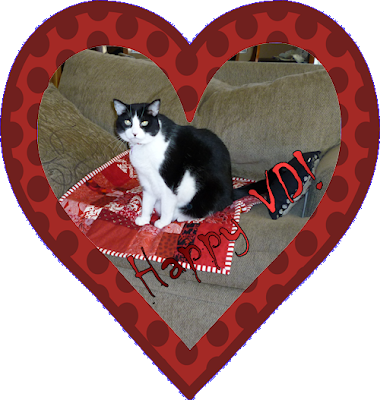 Posted by Max at 2/13/2011 11:08:00 PM 20 comments:
I would be remiss if I didn't mention this again, seeing as how there's only like one more week until the Younger Human has a drawing for this music thingy.

You know, he's jumping into really cold water and risking all his fun bits in order to raise money for the Special Olympics. He's doing the fundraising thing, and he has a prize that he's drawing for on February 21st. 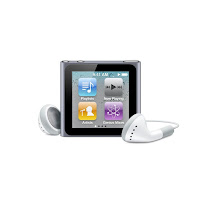 Remember that giant yellow thingy in front of the fire place thingy that took the space where my red bed was?

Now, he doesn't seem to mind the sucky monster, and that's like 5000 times louder. So I don't get it.

I sat and watched for a while tonight while the Woman was on it, and I'm not sure what she's hoping to accomplish. We already knew she could say "dammit" quite well, and I KNOW she knows a bunch of other things on the bad word list, so it's not like she needs the practice. She's like a flippin' Bad Word Queen.

Doods. DOODS. Do you see this? 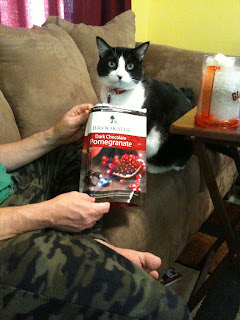 This is crunchy treat fail.

The man picked this bag up and I HEARD crunchy treats. So I ran into the living room, because DOODS! He was gonna eat my crunchy treats! That is 52 kinds of wrong, but I'm not selfish; I woulda shared. I would have let him have a handful.

But...there were no crunchy treats.

The krap inside? NOT EVEN CRUNCHY! It was round and when he bit into one, it sounded SQUISHY.

Now, I don't begrudge people their squishy treats. But COME ON. They don't need to be putting them in CRUNCHY TREAT bags! That's.Just.Mean.

I think they do it on purpose.

To get a kitty all excited, and then so they can point and laugh and say "No, not yours."

It should be illegal.