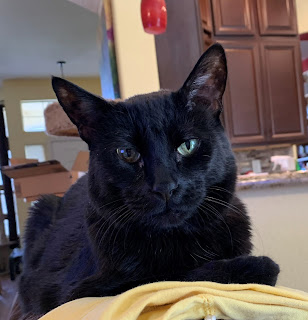 If you follow my author page on Facebook, or the Woman's personal feed, you already know why Buddah needs mojo. So I'll copy her post here, so you know what's going on with him. 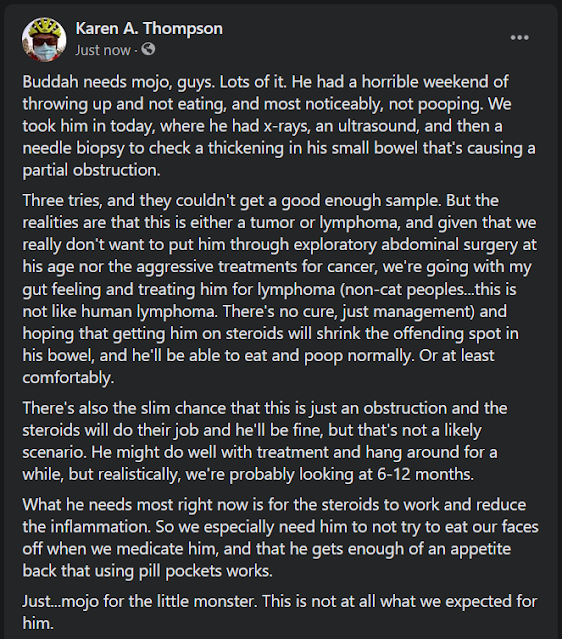 He has a shaved tummy and is still loopy from the sedation he got today, but he ate a lot a little while ago--stabby dood gave him an appetite stimulant--so right now we're just hoping he keeps it down. Tomorrow the people can pick up the steroids that we hope will reduce the obstruction so he feels better, and then they just have to keep an eye on him.

We just didn't want anyone to be blindsided if he gets really sick, and he could use the Mojo.

He's been pretty good to me lately, not bugging me, and he stays out of my room so that I can rest and eat without worrying what he might do. I'm gonna stay out of his way, too, but I'm not going to complain when he poops on the floor right in front of the litter box anymore. We kinda need to see it, so I'll shut up about that.

Just...think good thoughts for him. He's a pain, but he's our pain and we want him to be comfortable.

I've spent most of today either in my room or in the closet, and a bit of it tucked into a space near the Man's computer chair. I wandered out for food and water earlier in the day, but by morning snack I wasn't feeling like it, so the Woman has been bringing food to me. I'm eating, so she's not worried; it's just one of those days.

She says she was pretty sure that I'd be kind of quiet today. I spent a lot of time in the living room yesterday, and I lounged on her lap for a while. I would have spent more time there watching Enterprise with her, but I got something in my eye and was rubbing my face, which prompted her to try to wash eye boogers off the side of my nose, and, well, I wasn't having any of that.

If she'd left it alone for five minutes, I would have gotten it myself.

There's a lot of smoke and ash in the air here. The fires (and there are a lot of them) are far enough away that we're not in danger from them, but the People have to keep the windows closed and the a/c on, but every time they have to go out, something gets in, so it's no surprise to get a fleck of something stuck where I don't want it to be. It could be worse...some of the Woman's friends have dogs who have to go outside, and they're having issues with coughing and irritation, and there's no real way to avoid it.

Then again, they don't have to deal with the Woman's whining about not being able to play outside. She's halfway through a charity bicycle thingy, and because of the smoke she's had to do a lot of it inside on her bike that goes nowhere, and she's starting to hate it. Well, lady, so am I, because that bike is loud and you're no fun when you're on it.

On the plus side, she raised over $2600 for childhood cancer research and treatment. But that also makes her more determined to get the miles in, and she said she'd do 300. Outside it would be a bit of a stretch as it is; inside, she says it feels like torture.

Suck it up, sunshine. It's just pedaling.

Oh, and those of you waiting for a print copy of Interview With A Pest...Amazon has it, which means other stores will soon. It's even got its first review on Amazon, and it's 5 star! Oh yeah, reviewer, you know who you are. Thank you. I got warm fuzzies from it. 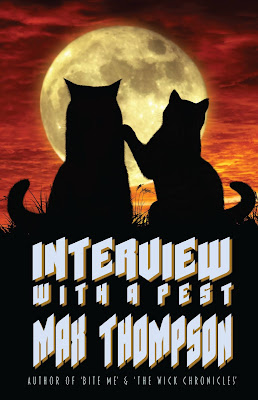