It's the big Onety-One! 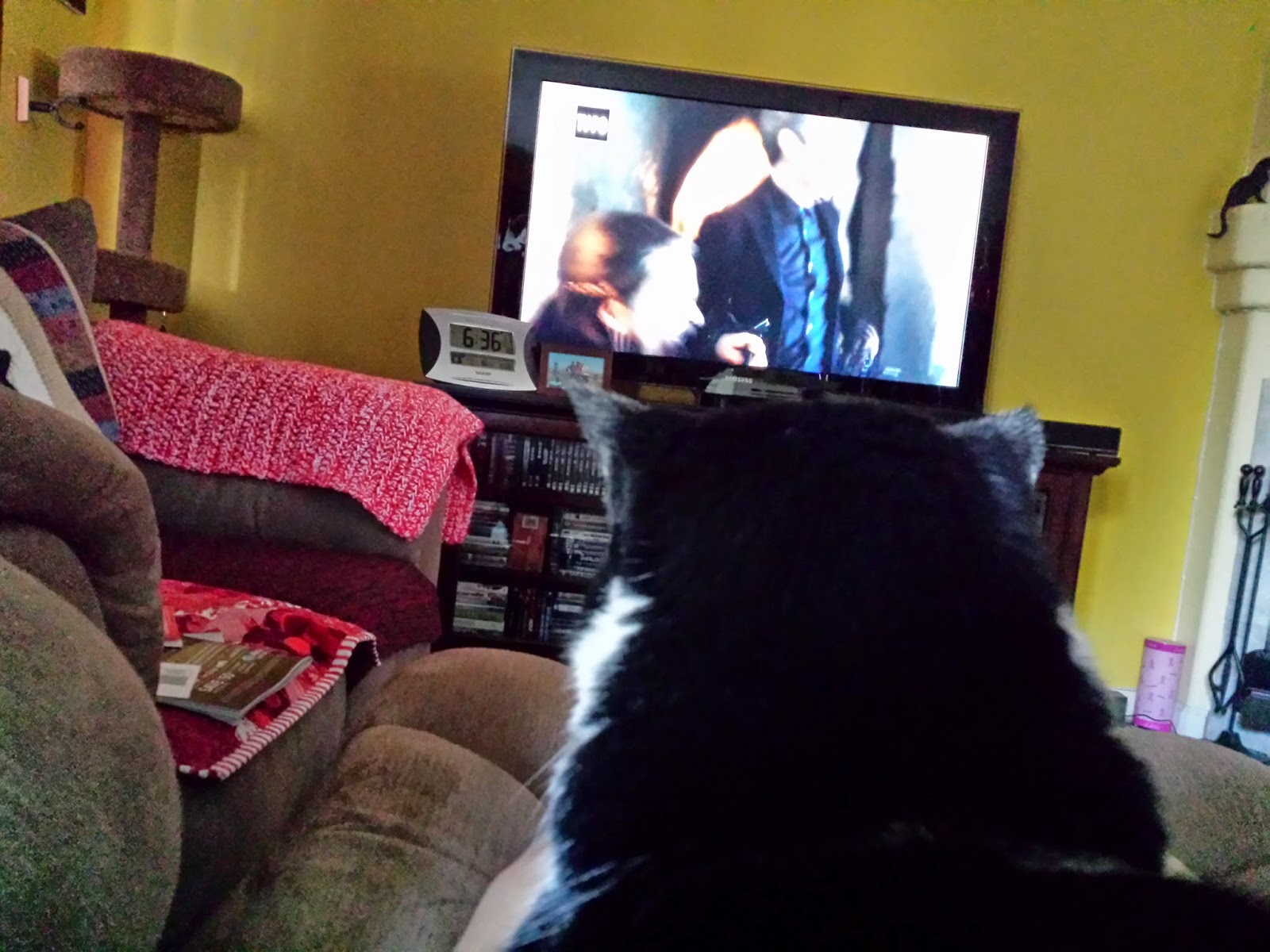 I think this is how I'd like to celebrate.

Spending all day watching Doctor Who reruns. But...I have a book to finish. It's THIS CLOSE, doods! First the book was short, then the book was very long, then we cut a bunch of stuff out because it was stuff I'd written about too many time before, so now it's short again, but it works better that way. So this weekend we're tightening a few things up, then another pass through, then it goes to the editor lady.

I was asked on FB if Buddah gets a chapter. We still don't know. He's been working on something but because of the format of this one, we're not sure it will fit. The editor gets the final say, so we'll see. At this point it's only about a 30% chance...the Woman says she wants to include Buddah but it's hard to make him being in it make sense.

Not that he would make sense anyway.

Quickly, quickly, time is running out! 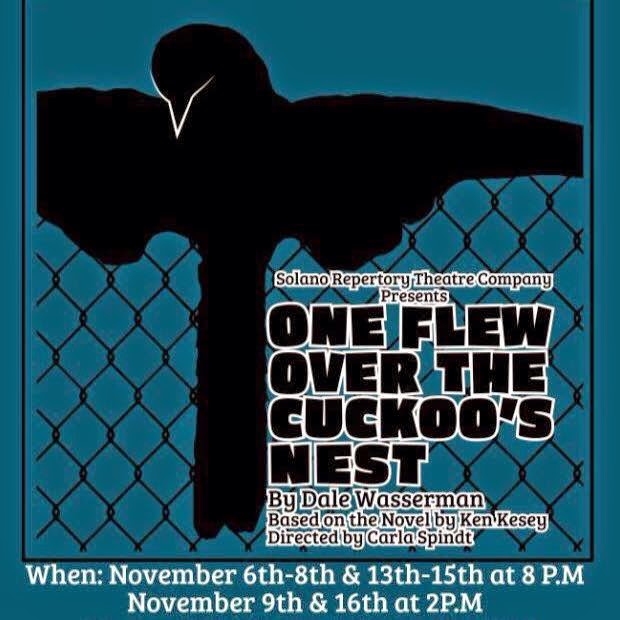 There's not much time left to make the Younger Human slap on a dress and go singing in public.

The bigger thing, though, is the rebirth of a performing arts group in Northern California, something he's heavily involved in. He does a lot of acting in NorCal, and making theater accessible to everyone is important to him.

Face it, the arts are important. It's not just about watching a play; it's about engaging the creative brain, lighting the match that gets the fire of imagination going.

And then there's the thing personal to me...in the first production, One Flew Over the Cuckoo's Nest, he has the lead.

So it's a win all the way around. Donate and help get this company going again, with the bonus that he has to dress up and sing. The fundraiser isn't going as well as hoped, and time really is running out. AND I WANT TO SEE HIM SING IN A DRESS!!!

After being asked (politely) 63 times this morning, the Woman oozed out bed and shuffled into the kitchen to open a can for us. She then turned around and shuffled back down the hall, and oozed herself right back into bed, because Food O'Clock and Get Up O'Clock for her are two different things.

Well...about fifteen minutes later the Man woke up and came out into the living room, and it was an opportunity we couldn't pass up. We asked him (politely) for breakfast, and since he didn't know the Woman had just fed us (the plate on the floor was no clue, since it could have been a plate from last night), he nicely obliged.

Being all full and warm, I got sleepy, so I crawled under the bed to take a nap, and Buddah got on the top of the tower in the bedroom to sleep.

Then later, when the people were both up, I came out and asked for a snack, and because I was so nice about it I got a few bits of crunchy food. And that's when they started talking and discovered we'd played the Man for extra foods this morning.

Best part...no one got mad. They thought it was funny and declared us to be sneaky and smart and totally deserving of the extra noms.

The other shoe did drop, though. From now on, after our nighttime snack they're going to pick the plates up and stick them in the sink if the dishwasher is already full, so that they'll know that if there's a plate on the floor, the kitties have already eaten.

Still. Score one for the kitties.

At least I didn't pee myself...

All right, so early this morning I was being nice and quiet, curled up by the Woman's head because it was not quite food o'clock, and besides, the Man went to pass gas last night which meant he was going to be the one to open cans for us this morning. Buddah was asleep on the tower in the corner, his feet sticking straight up like a corpse, with his tail hanging over the side.

We we all nice and relaxed, sleepy-warm and happy.

Then out of nowhere, the Woman snorted so loud and so hard that Buddah jumped, I jumped, and she grabbed her own face and said several things off the Bad Word List.

But guys...I'm not really sure she even woke up. Her eyes stayed closed even while the heels of her hands were pressed hard onto her cheeks, and after a minute she sighed and her hands went back down, and she was definitely asleep.

I checked to make sure I hadn't peed--I couldn't care less if I whizzed by her head, I just didn't want any on my furs--and then jumped down, lest she go off like a shotgun again.

I didn't even see Buddah jet out of the room, but he must have because he was in the front room when I got out there and I had no explanation for him about what had just happened other than maybe she had tried to eat her own head from the inside out and the release of all that hot hair that swirls around inside her skull created a vacuum.

I am kind of speechless...

I had to write to you because something occurred to me this afternoon and sharing it feels important. My son was always a non-reader, to the point that his grades were horrible. He hated homework, because that required he read; he hated classwork, because that required he read. We tried everything, to no avail, and because we are dedicated readers, this was heartbreaking. Then in 8th grade he was issued an ultimatum by a teacher he respected: read a book cover to cover and write a report, or you will be kicked off the baseball team and you will not pass English. That meant he would not graduate from middle school, and would not start high school with his friends.

I had a copy of your first book and, hoping that he would at least give it a try, gave it to him. He balked, because it meant doing his least favorite thing, but once he started it, he realized he could read it in 5 minute chunks, and that made all the difference in the world. It took him over a week, but he finished it and wrote his report. After that, he asked for your second book.

It was a springboard. Once he realized that every book out there wasn't a literary hurdle that he couldn't hope to jump over, he was willing to give other books a fair try. He started with short young adult books and worked his way up, until he found a love of storytelling I never could have imagined. The boy who thought reading was "stupid" now reads every day, and most recently finished Stephen King's Dark Tower series.

What prompted me to write? All those dots connected this afternoon, because he came home from school with a letter from his counselor: my once-stubborn non-reader is graduating from high school a semester early, and with honors.

This would not have happened without two very important things. One was a teacher who cared enough to put him in an uncomfortable position. But the other was having these wonderful books written by a cat who would take over the world if it didn't mean missing a few naps and meals of real live fresh dead things.

I cannot thank you enough, And please, share this with your friends and fans. You're touching the lives of real people, and I want them to know.