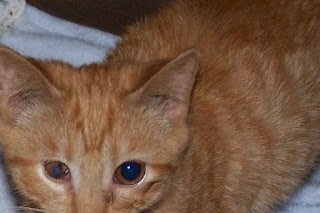 Guys, we all love Billy...he's sweet and he's funny, and now he needs our help. He had a really rough weekend--his mom thought they might lose him--because of his breathing issues, and his eye is being a little bitch and might have to be removed.

Making him better takes money, and he needs our help. If you can, even a few bucks, please help. He is a really awesome kitty, and his mom has done so much for him--a lot of other people would have sent him to the Bridge right from the start, but she made a home for him and has given him a wonderful, happy life. He's not done with that life yet. I would really, really like for him to stick around.

He has a GoFundMe page...Just click and you'll be there.

I know money is tight; if you can't donate please share. The more people and kitties who see this, the better chance Billy has of getting the stabby care he needs.
Posted by Max at 8/17/2015 11:59:00 AM 8 comments:

Still doing a lot of this: 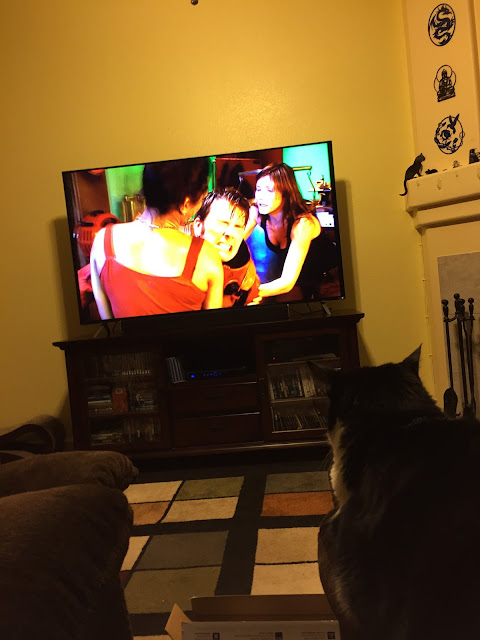 The Woman and I are working our way through all of Doctor Who (well, New Who) a couple of episodes a day, 3-4 days a week. That's pretty much it.

I can tell I'm getting to be an old guy. I sleep more now than I did just a year ago, and I really won't put up with any of Buddah's nonsense. I'm still very eager to eat, though, and once in a while I play with something or run back and forth like my asterisk is on fire, but still...I'm probably sleeping more than anything.

When a guy just sleeps and watches Doctor Who, there's not a lot to blog about. I still post to Facebook a few times a week and I'm still telling the Woman what to write for the next book, but I really feel like this is the quite time of my life.

No, don't worry, I'm not sick, there's nothing unusual going on. I'm just getting older and doing what senior kitties do. Life is good, there's steak cut into tiny bites in the fridge and in a minute I am going to go ask for some, and then I am going back to bed and sleep until I hear the Woman make her lunch.

Maybe she'll put the Doctor on while she eats. 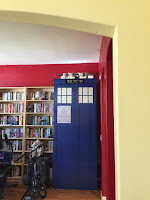 He doesn't run around as much as he used to, either, but he still jumps to the high places and has made the top of the TARDIS his favorite napping spot. You'd think I would have claimed it, but I prefer napping in the tower in the bedroom or the one in the office. He can have the top of it as long as he doesn't claim the whole thing as his.

He's up there...you have to look close.

SHE CHEATED ON ME!

The Woman was gone for like, forever, or maybe for like 3 nights, and I thought she was out doing walking things , but no. You know what she was doing? 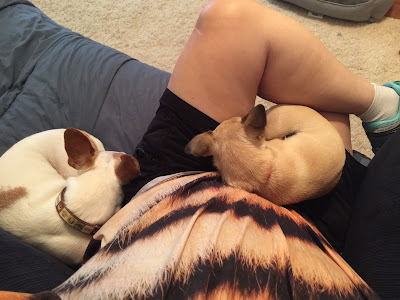 She was spending time with That Damned Dog Butters and his new sister, Lady. And not just "time." She was there all day and all night THREE TIMES IN A ROW. All her clothes were covered with dog hair when she got back. I could smell where they licked her. The worst part?

And then things got all worse when the Man left the house Monday and was gone for a few hours and came back smelling like them. Because of THIS: 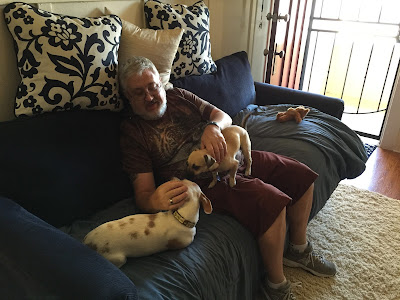 I am so unhappy right now.

I may have to ignore them both.