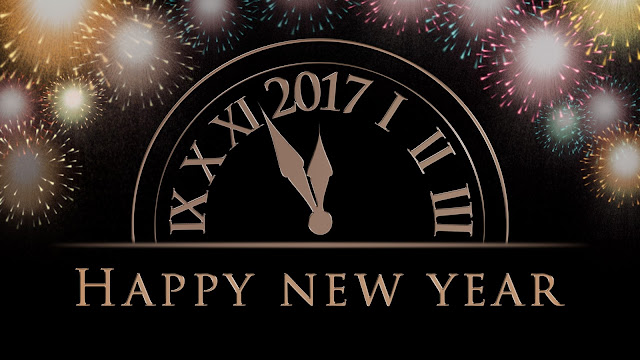 Doods...Happy New Year. 2017 is going to be awesome, I can feel it. There will be real live fresh dead things to nom upon, lots of premium Nip, and the new season of Doctor Who.

Lots of things to look forward to.

The last week I've been enjoying the fireplace a lot--the Woman groaned when she saw the gas bill but she still turned it on for me--and there have been treats. Like, squirty cheese. 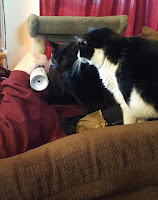 The Woman had some, and we watched her closely while she ate, to make sure the can didn't explode all over her. As a reward, she shared some when she was done.

Of course, it was pointed out to me on Facebook that had the can exploded, we would have gotten a lot more than we did. Lesson learned.

The Younger Human and his Much Better Half came over the day after Christmas, and then they all went out to have dinner, which apparently mean lots of Stupid Red Drinks, because the Woman was totally stupid when she got home and she stayed that way the rest of the night. I think it was by sheer luck alone she didn't cut her fingers off when she cut up her leftover steak into Max sized bites.

The Woman said we're not staying up until midnight to see the new year come in. She wants to lay down and read for a while and then will probably go to sleep around 10:30, but I think she's forgetting that we have neighbors that like to shoot off fireworks, so she's gonna be awake at midnight anyway. Maybe she'll get up then and get me a snack. If she's going to be up, she might as well be useful.

This is what you did, people. Every book of mine you bought went to this. 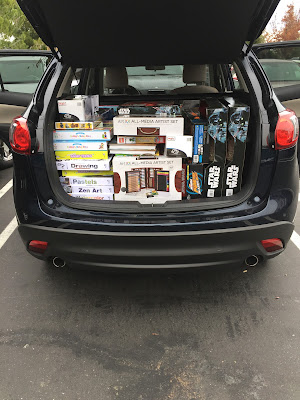 She also said we aren't done. There's enough book money left for at least one more load, but the debate is now whether to do a third, or pick another charity.We have a couple of things in mind, like Coats for Kids and the food bank, so we'll see how it is after they do the next toy run.


This is my favorite thing every year...I get to make sticky people happy, but I don't have to have them in my house. 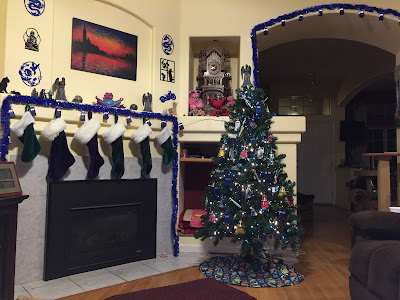 But, I don't know how Mr. Spock got stuck there between the Weeping Angle and the Dalek, but he's been warned to not blink. 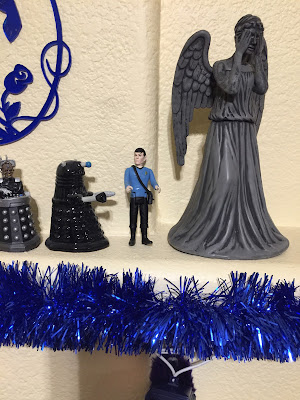