That kitty deserves an award

Heck, I would give him an entire box of Twinkies AND a whole bag of real live fresh dead shrimp. If you haven't seen it, watch the video. There's no sound because it's security camera footage, but it's amazing.


I have to admit, I'm not sure I would be as brave as that kitty.I would want to save my people--I've saved them from the burning-up fan and the fireplace thingy that got left on--but I'm not comfortable with the outdoors so I might run and hide.

Okay, probably not, but I'm not sure he would stop to think there was something wrong. He still hasn't figured out it's a bad idea to bite the people with the thumbs that open the cans that contain the gooshy foods he loves so much.

I really don't want to think about what will happen to the dog; it probably won't be a happy ending, so I don't want to ponder it, but I really do want to give that cat major props for having giant, clanking steel gonads, even if he's been nootered.

Doods...let's give him a round of applause. 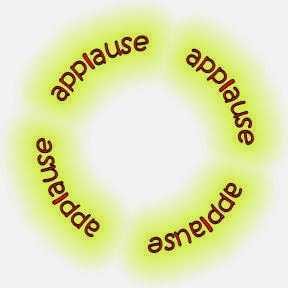 That cat was the best. You're right, theme should be tons of nice things to say congratulations with. Tons of applause. Too bad you don't have a "share" button next to the video because it really does need to be seen by the whole world.

That kitty is my hero!

OK, yeah, we'll give that kitteh just about annything it wants, too! A case of canned toona, a ham, whatever.

That kitty really does deserve a huge reward! Probably needed some great nip afterward too!

That are one AMAZING kitty!

I just sent this to you via e-mail. I am all sorts of impressed with this wonderful cat!

And yes, there has got to be a better way of containing this dog than to euthanize? Still I can totally understand... if it had been my son all my mommy hormones would be going crazy.

Appaws! The Hotties are giving that kittie the three tails salute.

The video won't show for me. I have already seen it several time! What an awesome Cat!!!!!!

That is one brave and wonderful kitty!

We can be brave to protect those we love.

Have seen the video before though and agree the cat is a real Hero.

That kitteh is Tara a SHE! You go girl.

Apaws, apaws! We think the kitty if furry brave to be outside, let alone chase off the dog.